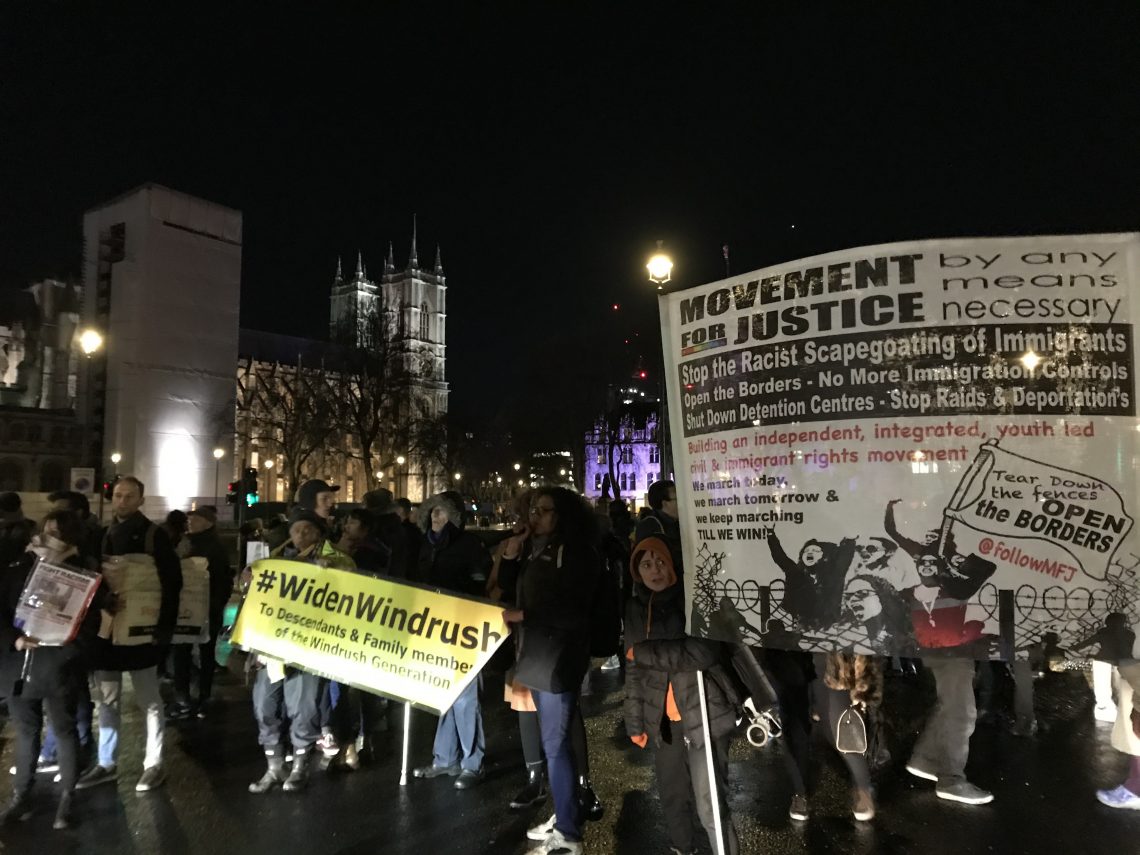 Another month, another truckload of Tory oppression.

As you will all know by now, the deportation charter flight that lawyers, campaigners and even some MPs were trying to stop took off nonetheless on February 11.  I think we all knew it was going to, because this government is wedded to racism and oppression tighter than [insert your own analogy here]. But it’s not all doom and gloom. The tireless work of organisations like Detention Action and Movement for Justice meant that the Court of Appeal granted an application to have the detainees from Colnbrook and Harmondsworth detention centres with O2 SIM cards removed from the flight because of concerns over lack of access to legal advice due to issues with O2’s coverage.  It was a temporary reprieve, but it was a reprieve nonetheless, and it reminded this government that they cannot act with impunity and keep denying people their basic rights.

These deportation flights once again sparked a national conversation and, for me, for the most part it was a rather disappointing one.  The government would not budge from its hubristic position of being unapologetic because they were deporting “rapists” and “murderers” who were foreign nationals. The former Home Secretary Sajid (Fascist) Javid reinforced that position on BBC Breakfast on the morning of the flight and had the audacity to brag about the deportation flight that took off around the same time last year on his watch.  I commend all those who (on TV, radio and social media) challenged this narrative and the government’s actions. Yet still, there were so many people who still don’t really ‘get’ the nuances of this conversation. This, of course, is what the government relies on – taking advantage of people’s ignorance as well as the racism that permeates every discussion about immigrants. I saw some of the same points come up again and again, so I want to use this post to challenge them.

When the Windrush Scandal ‘broke’ in 2018, deportation charter flights were halted completely. Why? Because the Home Office couldn’t be certain they weren’t deporting members of the Windrush Generation, so they halted them while it was ‘sorted out’.  Two years later, as I’ve written before, the Windrush Scandal is still not ‘sorted out’.  There are still a number of issues with the compensation scheme and the government has spectacularly failed to ‘right the wrongs’ suffered by the Windrush Generation.  The government is meant to be publishing a “Lessons Learned” review because of the scandal, to ensure this never happens again and they don’t unlawfully deport people to countries they have no connection to.  A leaked version of the review apparently suggests revising the policy regarding foreign national offenders, ending deportations for those who arrived here as children and only considering deportations in the most serious cases. Instead of publishing the report, the government has resumed these deportation flights.  We can’t be sure that none of the deportees have claims under the compensation scheme as descendants or if the Home Office has made any other errors.  As I mentioned earlier, Fascist Javid bragged about the deportation flight he oversaw as Home Secretary last year.  What he failed to mention is that of the 50 people due to be on that flight, only 29 of them made it to Jamaica.  Why? Because people were wrongfully put on that plane and their lawyers and campaigners forced the Home Office to remove them.  I’ve said it a thousand times: the Home Office is a woefully incompetent, institutionally racist and careless government department and they should always be treated with a hefty dose of scepticism. So, it’s not entirely right to say this is completely separate from Windrush because it isn’t.  The Lessons Learned review borne out of the scandal is meant to play a significant role in our approach to immigration and deportations, and it needs to be published.

That is simply not true.  This argument is an example of what I mentioned earlier: the government using people’s ignorance and/or inherent racism to emotionally manipulate them and gain support for unjust practices.  The basis of these deportations is that the deportees committed crimes for which they received sentences of 12 months or more. You do not have to commit a violent crime to receive a 12-month sentence. A number of the deportees had committed drugs offences. Another had been convicted under joint enterprise, a principle that has now been deemed unlawful, and only served TWO months in prison.  Are these people criminals by the strict definition of the word? Yes. But being a criminal does not equal being dangerous.  You can be classed as a criminal for not paying your TV license, something I see many of the gammon who are judging these men threatening to do.  And if we’re being honest, even if they are dangerous, they are Britain’s danger to deal with, which leads me nicely to the next point.

This is the argument that irritated me the most.  Children have no choice about where they are raised.  If a child is brought to a country and raised there, they will inevitably form a connection to that country if it is all they know.  They will also be subject to the benefits and abject failings of that country’s society.  Therefore, if a child is brought up here in Britain and ends up committing a crime – dangerous or not – that is a failing of British society, not the country they were born in that had no part in who they became. That child is as British as you, whether you like it or not. The British government needs to start taking more responsibility for its people, and stop trying to make them another country’s problem when things go wrong.

The flight has gone. Why does any of this matter now?

This flight, along with the Shamima Begum decision, says a LOT about the direction this country is travelling in. By deporting people who have come here as children and ended up committing a crime, served their sentences years ago and haven’t been in trouble since, the government is telling us that they don’t care about or believe in rehabilitation. With their constant rhetoric about tougher sentences, they are telling us that all they care about is cruel and unusual punishment, not justice. And if you’re Black or brown, being British is merely a temporary state, it is one that can be revoked at will.

There will be more deportations.  We will talk about this again.  People will continue to suffer at the hands of the Home Office. That’s why this matters. That’s why we need to keep fighting and challenging harmful and false narratives.

Bun this government and everything it stands for. 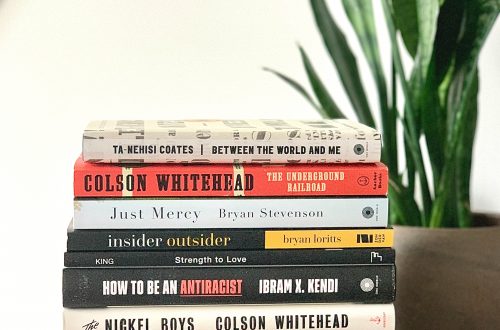 Windrush: The Ongoing Battle for Justice